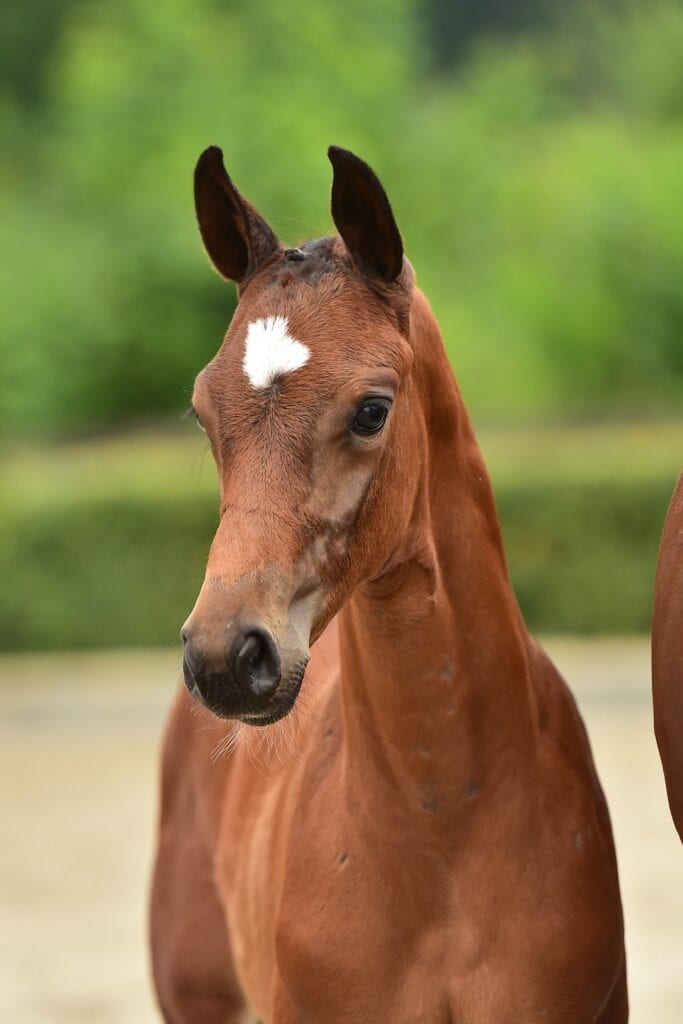 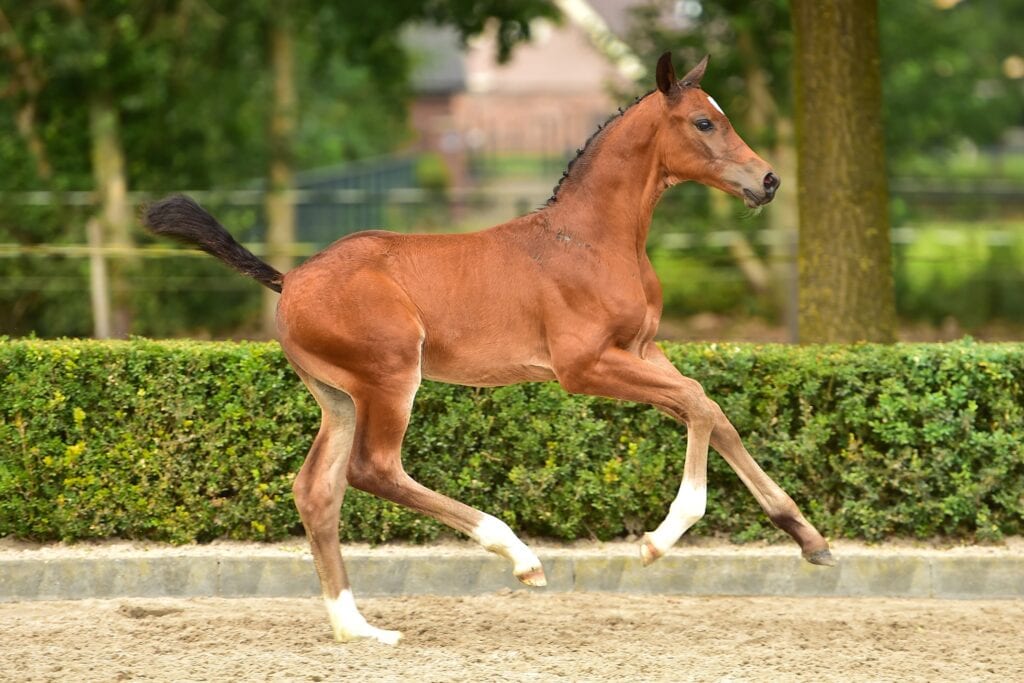 The Argentinus son All Star from 2003 is performing with  Denis Lynch at the highest level. Together they were 5th in the World Cup finals, won gold as a team at the European Championships and indivially earned a 10th place. This great foal that moves very easily comes from his first year as a breeding stallion. The second stallion in the pedigree is the grey stallion Berlin. Under Gerco Schröder he was a member of the Dutch team and in breeding the offspring of Berlin  is becoming more and more well known. The third stallion in a row to perform at the highest level is the Russian Trakehner Almox Prints. First dam Easyrena MB produced the stallion Vagillio MB Z, second dam Pavillio Z keur,pref,sport,prest.,jumped on 1.30m level and third dam Haleska performed on 1.40m level and has the predicates sport, keur, prest. This all means that we can expect a lot from Aayden ZG Z.