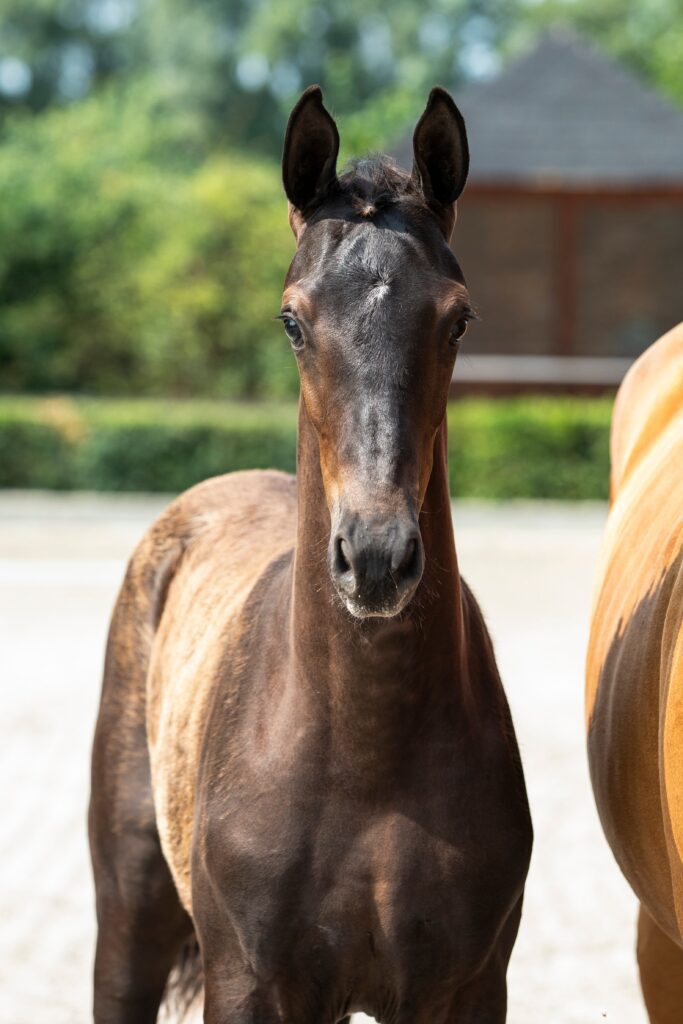 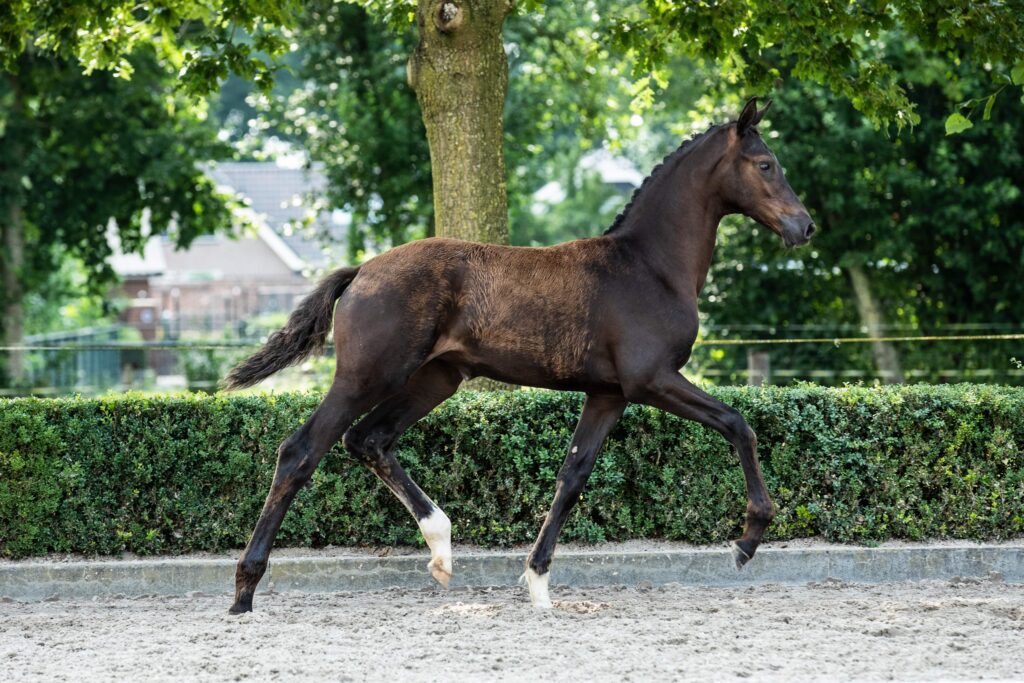 Rhodensie is a daughter of Le Formidable, a stallion with a very fitting name. Before the stallion was definitely approved, he was already used by many breeders who had confidence in this beautiful stallion. Dam Falensie (PROK, EPTM) is a daughter of the well-breeding Rousseau (s. Ferro). Second dam Predensie (ster, pref, prest) is a daughter of the most influential dressage stallion we know, the GP stallion Jazz. Five offspring were acting in the sport at level Z2 or higher. Zoraida was one of them, she was GP ranked. Third dam Densie (s. Vincent) has the same predicates as her daughter and dam of Bolero who competed at GP level.