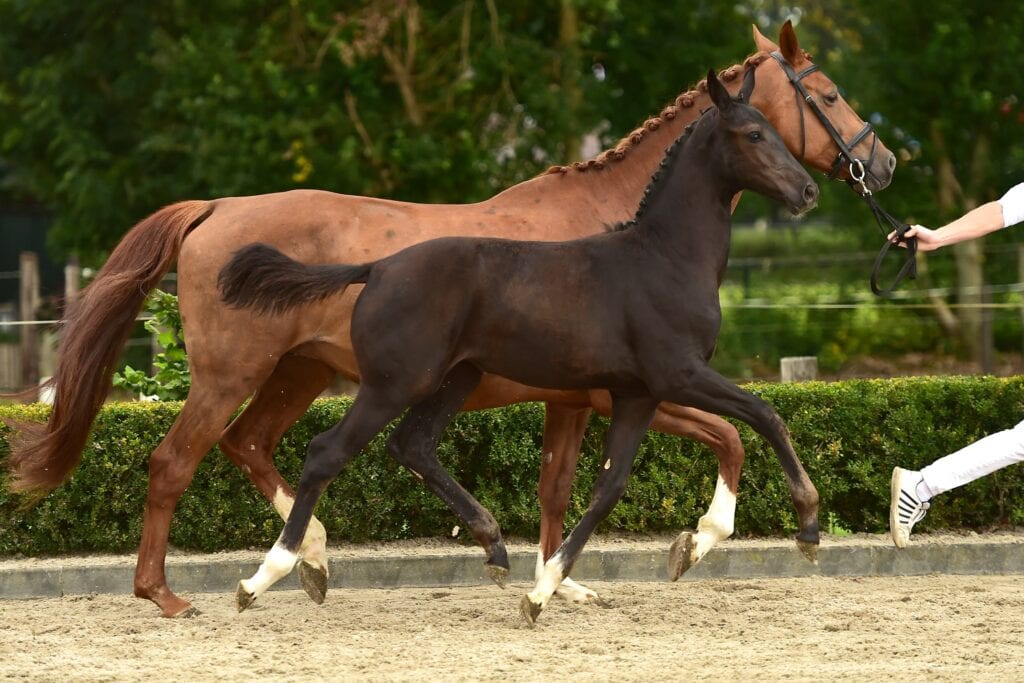 Phoebe Time San has the still young super bred Kjento as sire, the son of Negro from an elite pref. IBOP mare by Jazz. This mare scored 90 points for the IBOP with a ten points for trot. Kjento himself also scored 90 in the performance test, with a 9.5 for  canter. He was also extremely successful in the PAVO cup with a second place. Phoebe Time San is a foal from the first year of Kjento. Mother Happy Time is a daughter of the brother of Desperado the stallion Chinook who is perfeorming with Patrick van der Meer in the GP. Second mother Summertime (PREF/PREST) is from the stallion Flemmingh. Third mother is Irene (PREF/PREST/ELITE), daughter of Purioso.