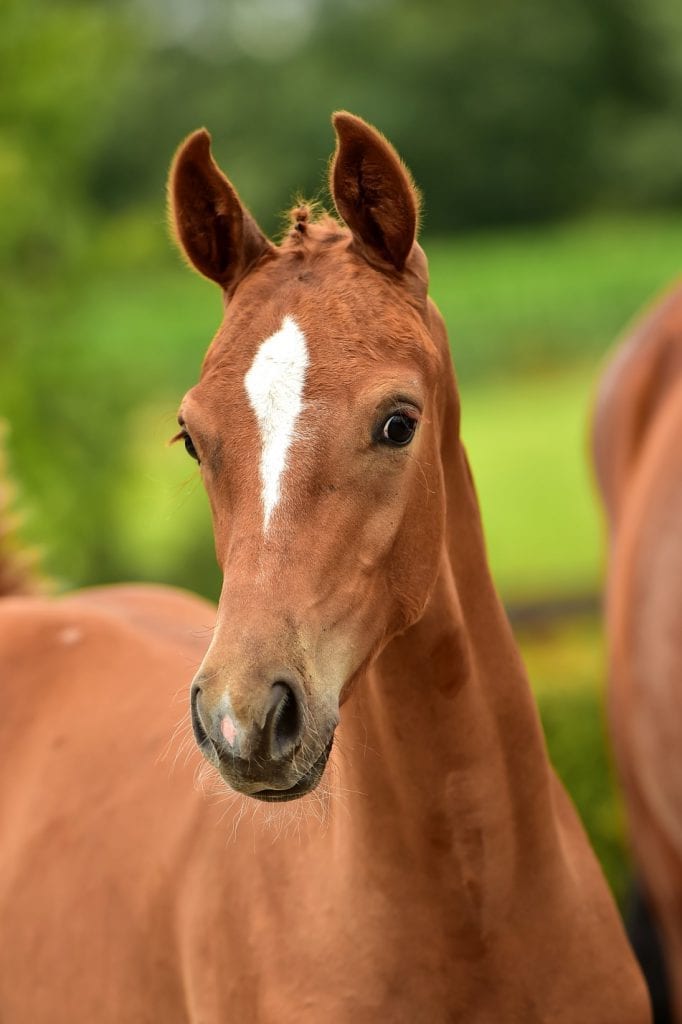 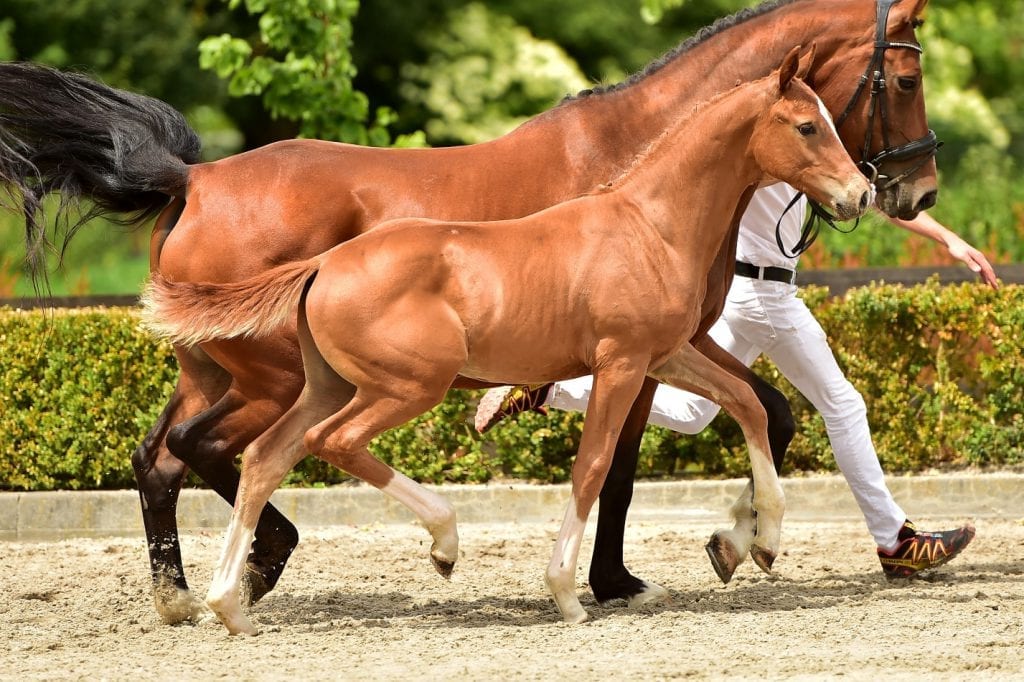 Neo F, 26-03-2018, hengst, E.H.J. Lammerse & M. Lammerse-Van Veen, Zuidschermer
With For Romance did Foal Auction Midden-Nederland brought in German super blood. This stallion stood out already in the German stallion approvals and left other competitors behind. Besides that his mother is full sister to Fasine who also brought the Oldenburger champion mare. Mother Forsythia is combined with the blood of Tango, who became in 2011 National Champion in the Netherlands under the saddle of Hans Peter Minderhoud. Forsythia scored high notes at her mare test and received for that the Elite status. Her halfsister Viola (v. Diamond Hit) was brought out in the Inter II class. Granddam Lique carries because of that the elite, preferent and prestatie predicate and she acted on Z1-level. Besides this, she is half-sister to Amadeus who is competing in the ZZ-licht classes and is also the granddam of Teddy Wiedeler’s U25 GP horse Bexli. Both Neo F and dam Forsythia are tested WFFS-free.
Klik hier voor afstamming via HorseTelex
Klik hier voor afstamming via de KWPN Database