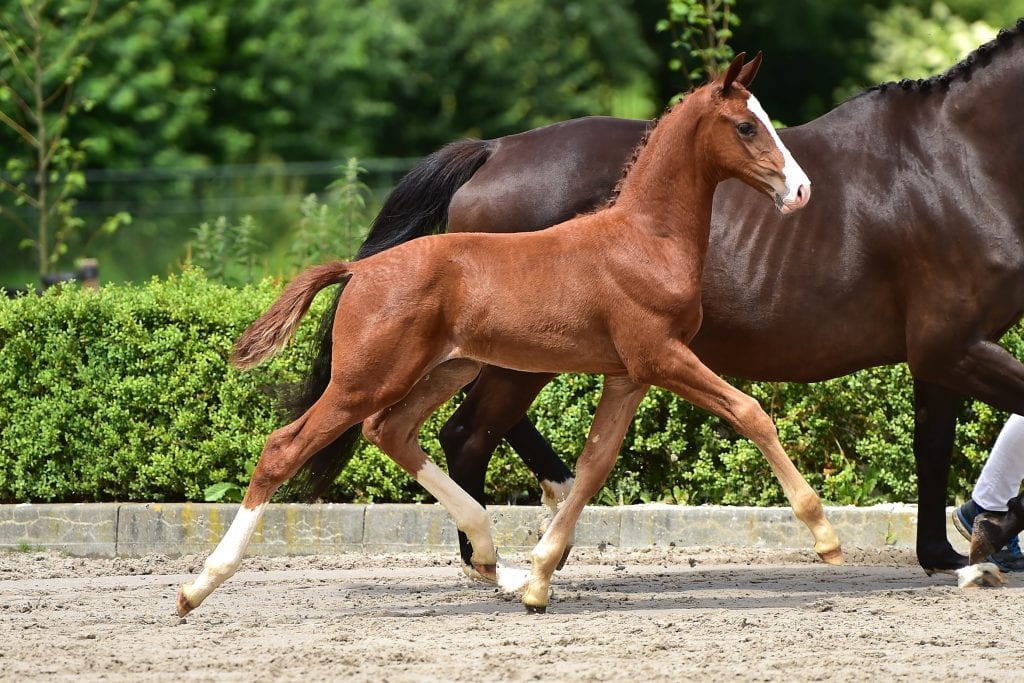 Dam Vadihouston has foaled two third level horses, who both performed well in the EPTM mare test as well. She herself scored 77 points in the mare test, produced a second round viewing stallion by Armani and is also listed as granddam of the Small Tour dressage horse Elian (s.Sir Oldenburg). Two full brothers of Vadihouston were competing on third level. The line leads back to the Pericles xx-mare Liliana, who is listed as dam of the KWPN approved stallion Transvaal (s.Abgar xx) and is also in the damline of the international U25-GP horse Whycocomagh (s.Diamond Hit) of Anouk Teeuwen and fourth level horses like Oscar (s.Balzflug) and Picarlo (s.Burggraaf). This well moving Messi is out of the first crop of foals of the extraordinary talent Dettori, champion of the KWPN performance test.