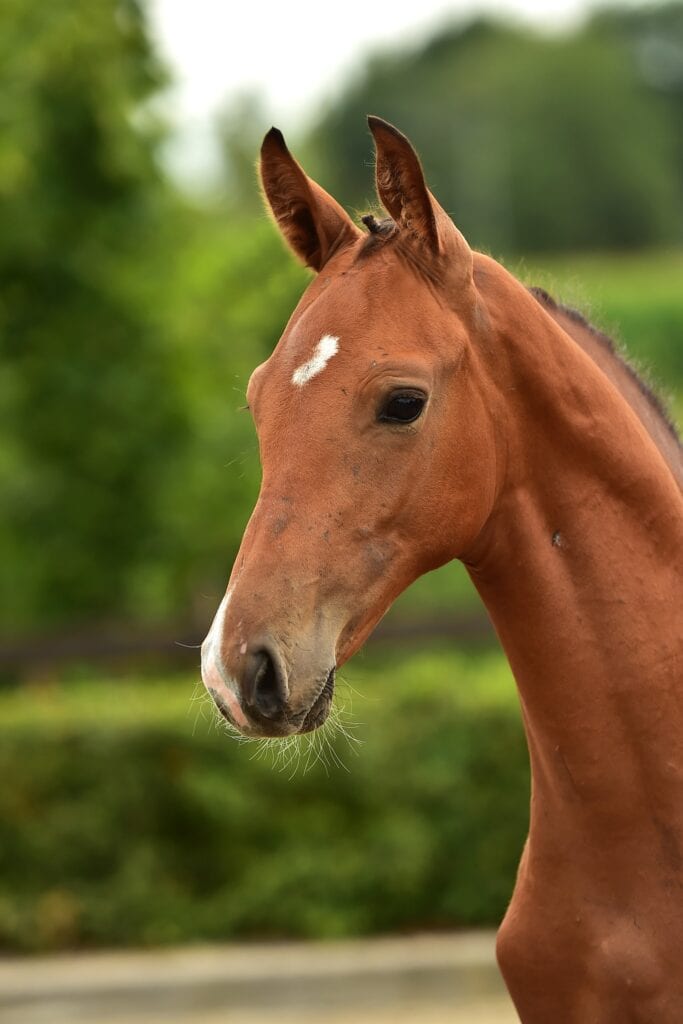 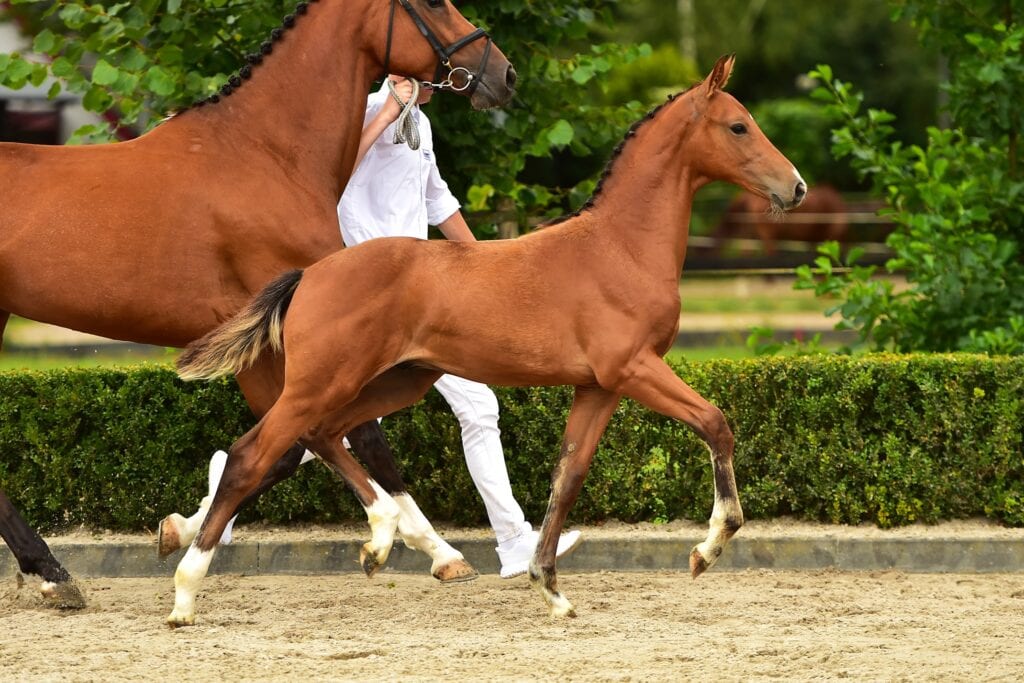 After the performance test with 85,5 points, Grandorado TN was already described as a phenomenon. Top rider Willem Greve also saw the talent of the stallion and is partly  owner. He inherited the power from his father Eldorado van de Zeshoek and from the mother line extra reflexes are added. With Willem Greve, Grandorado arrived at the highest jumping level at the age of 9. Pumba is lucky to have such a father. In the sire line  continues with the stallions Quasimodo van de Molendreef,Voltaire and Ramiro. Four stallions at the highest level in a row in the pedigree of Pumba. Mother Klarissa is still young, but second mother Larissa jumped herself at 1.50m level and third mother Bonheur has the predicates keur, pref., prest., so has also proven to deliver sport horses.