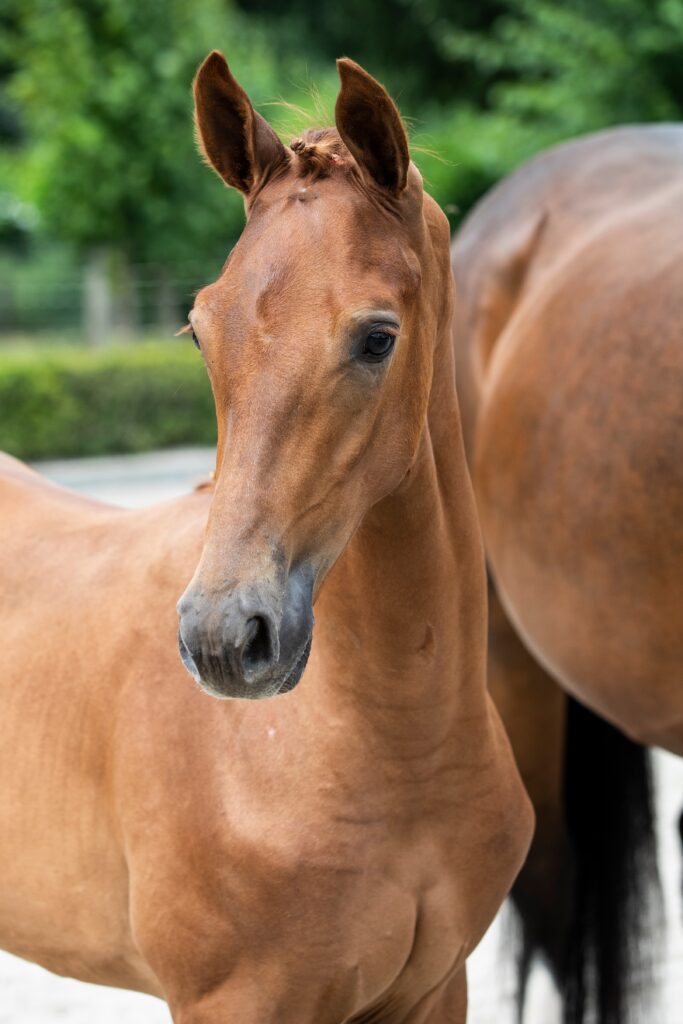 There are a few stallions that can claim such influence on our dressage breeding. For years, Jazz was a populai choice among breeders and we still see him frequently in our damlines. Dam Daura (elite, EPTM) is a daughter of the very thoroughbred stallion Lauries Crusader xx, that also had a significant impact on breeding. Second dam Harika (elite, pref, prest) is a daughter of the Grand Prix stallion, Voltaire, and has two children in the jumping sport, one at 1.30m level and the other at 1.50m. Third dam Cantira (keur, pref, prest) is a daughter of a stallion that was at least as influential as Voltaire, namely G.Ramiro Z. We are now talking about the time before specialization, but four children were acting in dressage at Z1-level and her son Westerstorm performed in the Grand Prix.