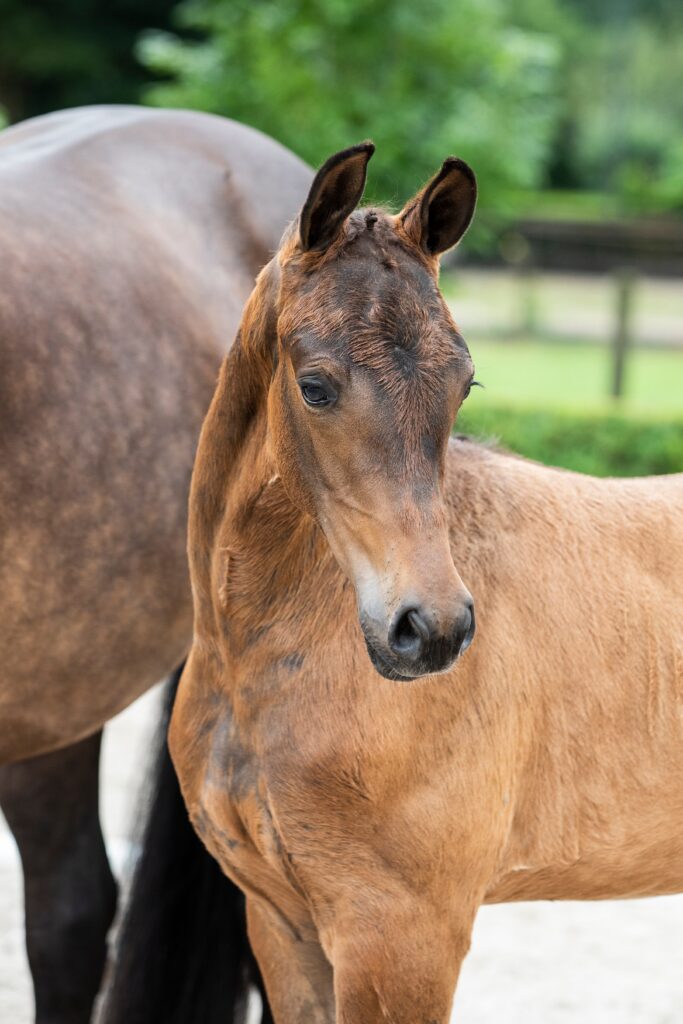 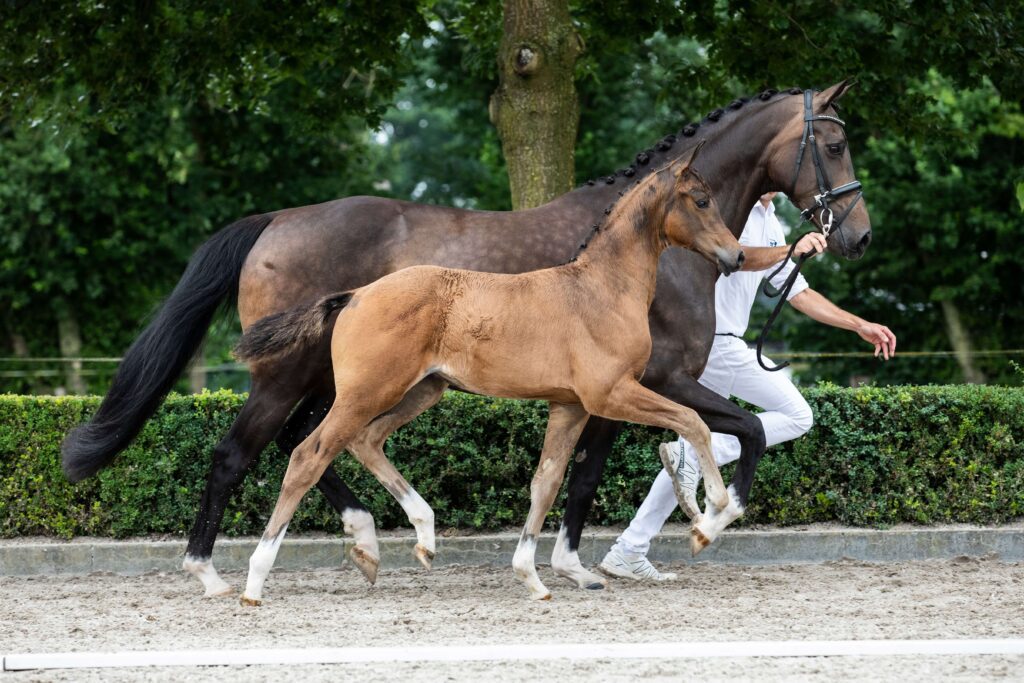 The young stallion Kjento has already been widely used by the breeders. He is also the sire of the filly Redyrenda KH. He passes on appealing models and good movements. As a sports stallion, he has already achieved great successes, which started with the performance test. Then followed the PAVO Cup and now he is selected for the World Breeding Dressage Championships for young dressage horses in Verden. Dam Firenda (vrl keur) by Tuschinski (s. Krack C) and her descendants appear in the sport. Second dam Wirenda (ster, pref, prok) is a daughter of World Championships medallist, Rousseau, and dam of the Small Tour horse, Empire.