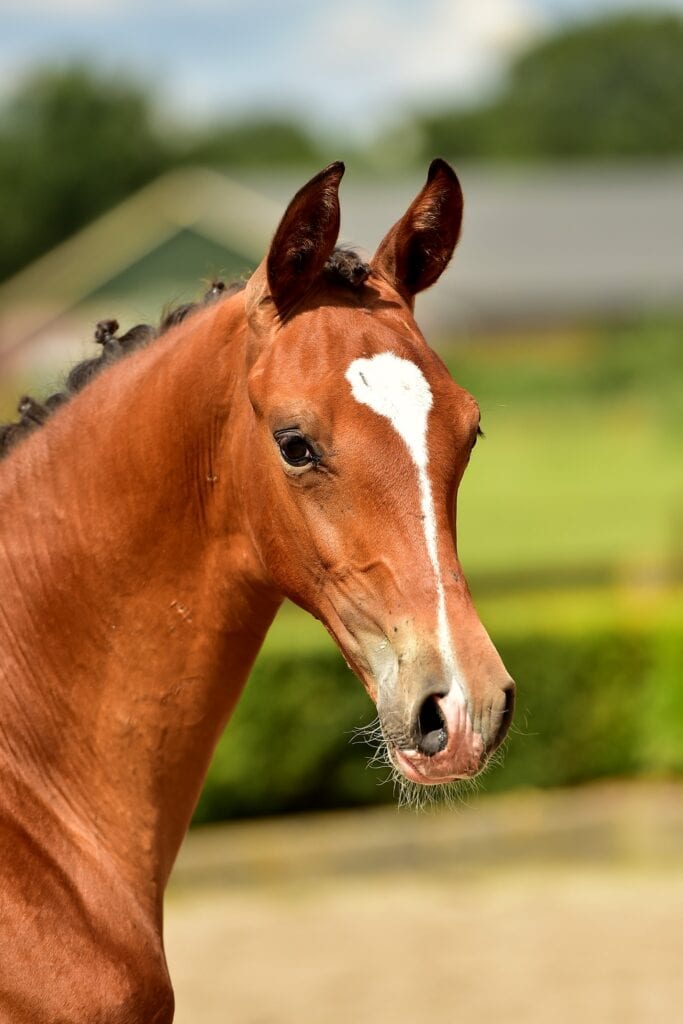 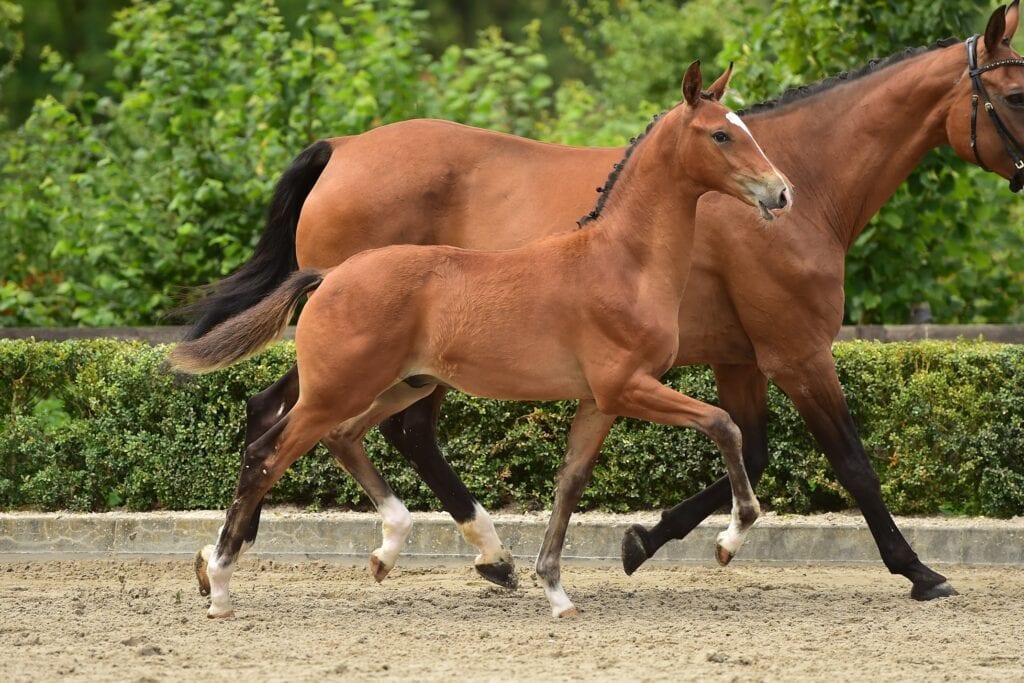 We are very happy that we can  auction a foal of Johnny Depp, and what kind of foal! The foal, but also Johnny Depp is an absolute dream talent. Super bred at the fam. Naber in Vredenheim with in his pedigree three GP stallions in a row: Bordeaux, Jazz and Ferro. The now 6 year old stallion is and has already won a lot. He won the PAVO CUP , the Subli cup and finished 6th in the final at the World Championships. In the mother line three PREST mares in a row. The mother of Pirate Veluw is Z1 dressage (STER/PREST) of the stallion Lester who gave besides many showjumpers also dressage horses. Second mother Bigonia is the son of Ladykiller xx who had a lot of influence in the development of the sporthorses especially in Germany. Also the third mother is prest., she is from the Trakehner stallion Frostwind.