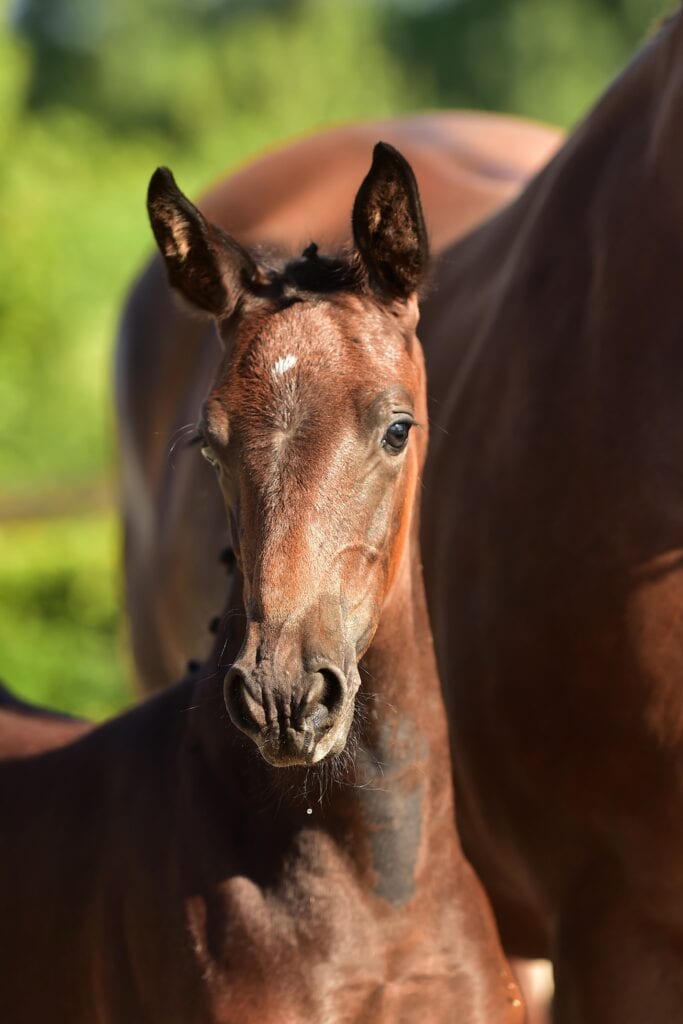 Pebbles Jenia J.C. is the daughter of Lewis, born in 2016. Lewis is a son of the Apache son Grand Galaxy Win, who finished 7th in the final of the World Championships for young dressage horses and is now performing in the LT, from an LT dam of Uphill who started in the GP. Dam Genia A is of the GP stallion Bordeaux who is back in Heerewaarden. Second mother Jenia did well in breeding and received the predicates star pref. prest. Also third mother Nenia is blessed with three important predicates keur, pref.prest. Both have many offspring in the sport.