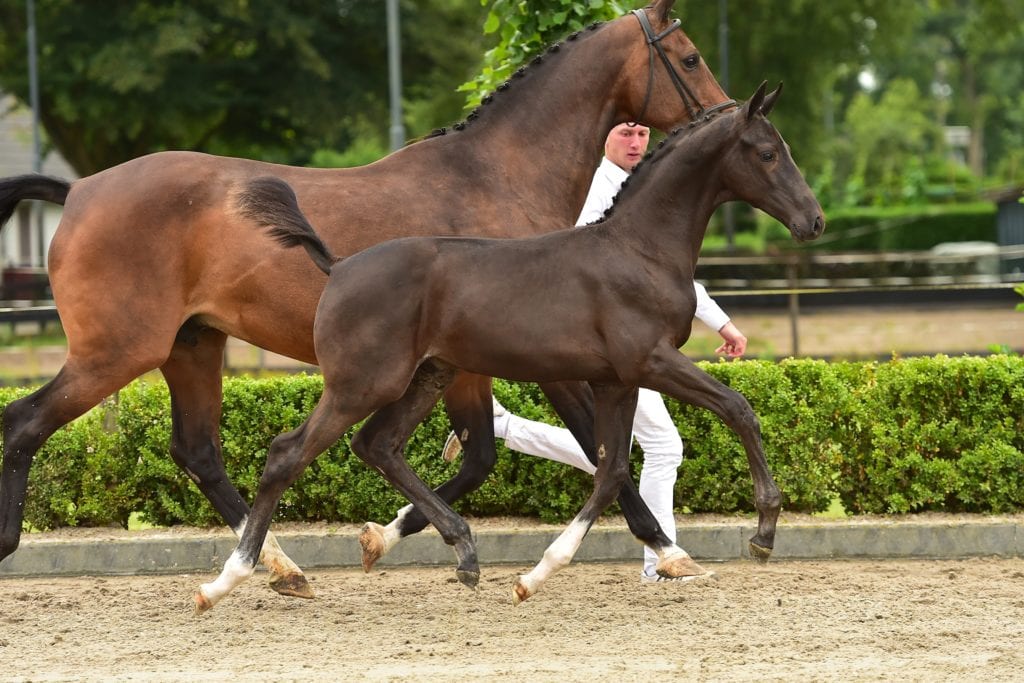 Sport follows sports. A fact, when it comes to breeding. A good sign for Odin de la Sina. With his half-sister Wysina scoring high points at Z2-level and dam Sarina competing at the same level, he has his first strong feature on his resume. Granddam La Farina (f.Goodtimes) jumped at 1.35m levels and earned both predicates based on offspring achievements: preferent and prestatie, immediately proving to be of genetic value. Dam Sarina is also granddam of the international Big Tour horse Florence (f.Apache). She is also the granddam of the elite mare Esina (f.Jazz) that scored 80.5 points for her mare test, excelling with a 9.5 for her trot. As a 3-year-old, Esina was champion of the province of Utrecht and 6that the National Mare Championships, now she earned the points to start in the Grand Prix. This lineage of the wide-branched Sina dam line, also gave the 1.60m jumper Rocco of Paolo Zuvadelli. The stallion Zenon who signed for the fatherhood was approved at several German studbooks. He scored 9s for his canter, type, character and his willingness to work.