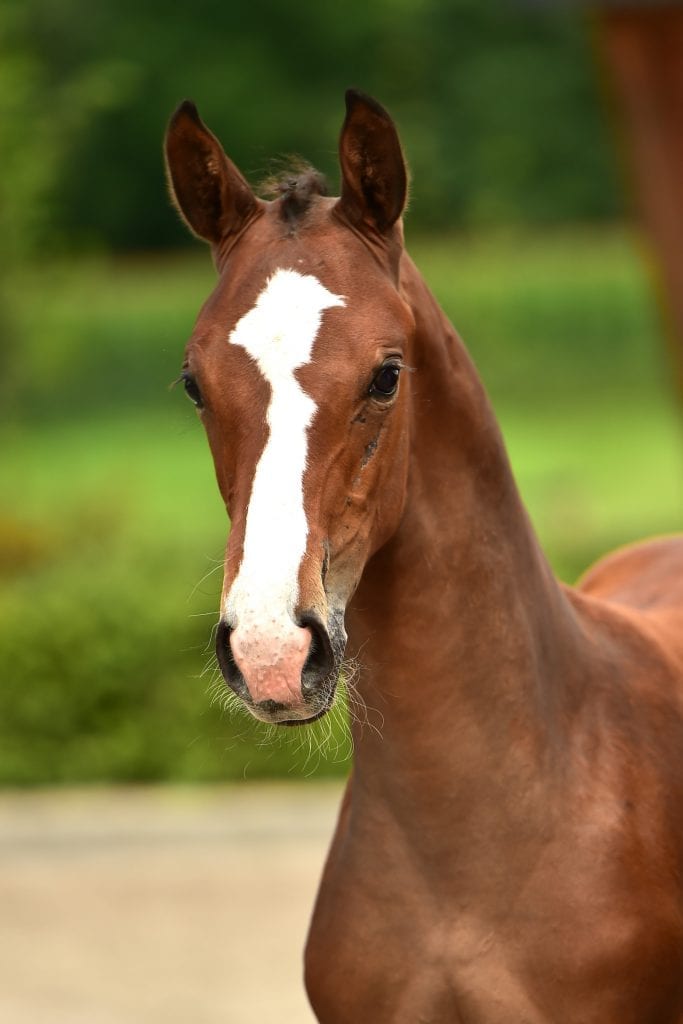 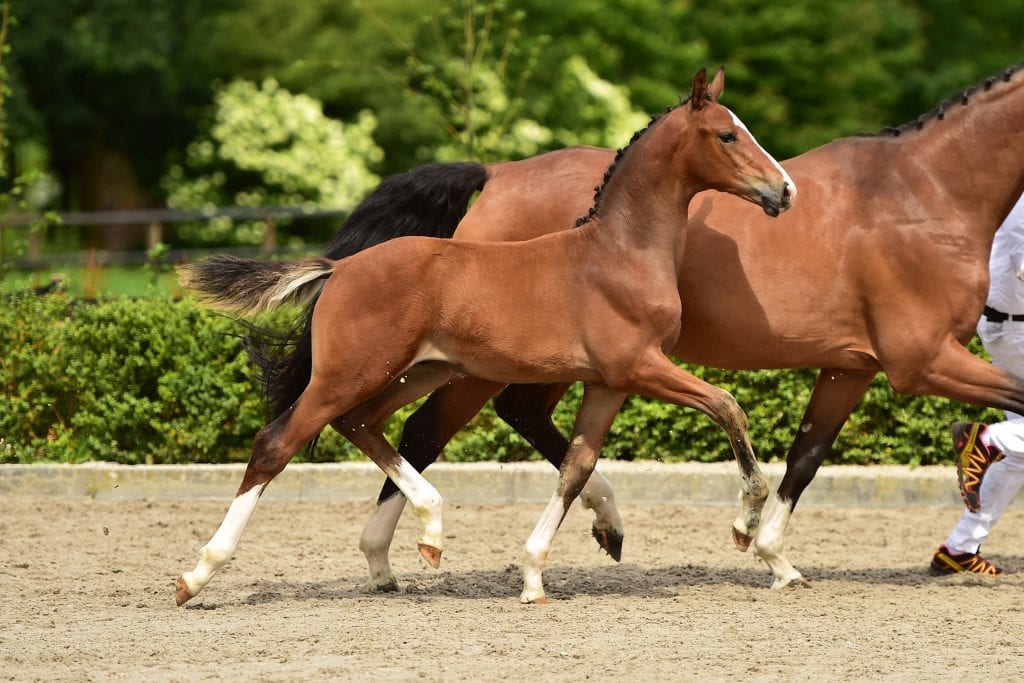 “What a power and stallion expression!” exclaimed the jury after Maestro CC’s performance at the Central Inspection. He was elected vice-champion and invited to the National Foal Championships. Maestro CC was crowned best offspring of Habanna at the offspring inspection. Scoring a 9 for canter, dam Affidavit came to a total of 80 points in the IBOP mare test. She had already scored 85 points for her movements at the mare inspections, qualities she later showed in the third level dressage sports. Affidavit has foaled the well-tested elite mare Hattrick CC Tarpania (s.Astrix, EPTM 78 points). In Maestro CC, the preferent mare Affidavit has produced the third elite auction foal and this powerhouse was elected vicechampion of North-Holland and invited to the National Foal Championships. Affidavit is sired by the Grand Prix dressage stallion Prestige VDL and she is united with the promising 5yo Habanna in the pedigree of Maestro CC. This well-bred powerhouse is making progress under the saddle of Kirsten Beckers and shows his outstanding ability and talent for higher level. Also as a breeding stallion Habanna is proving to be a true asset. Granddam Rubalia is a half sister of the international Small Tour dressage horse Space van de Kwikaard (s.Wellington), who was successful with Dominique Rombouts.